By Benedict Carey and Jan Hoffman

What if Billy Bush had just changed the subject?As unlikely as that may sound to anyone who has heard the infamous 2005 tape of Donald J. Trump boasting about sexually accosting women to the chuckling encouragement of Mr. Bush, an “Access Hollywood” host at the time, it just might have stifled the celebrity billionaire.

A body of psychological research shows that even mild pushback against offensive remarks can have an instant effect — as difficult as that can be, especially with a boss, a friend or a celebrity.

It is research worth considering in a political season when ethnic, racist and sexual slurs, not to mention general insults, seem to have become part of everyday chatter. Polls show that people are increasingly unhappy with the tenor of the national debate but unsure what to do about the decline in civility. Cont

Yesterday, the waves on the lake were as muscular, as quick, as white-capped as any I’ve seen in the five summers we’ve been renting a house in Douglas, Mich., on the state’s southwestern shore. The vast blue expanse of Lake Michigan can be especially daunting on a windy day, here at the edges. Forbidding, even.

Something strange is going on in medicine. Major diseases, like colon cancer, dementia and heart disease, are waning in wealthy countries, and improved diagnosis and treatment cannot fully explain it.Scientists marvel at this good news, a medical mystery of the best sort and one that is often overlooked as advocacy groups emphasize the toll of diseases and the need for more funds. Still, many are puzzled. Cont

My elbow is killing me.

I mean that quite literally. Yes, it hurts, but it is also destroying me, the me as I was without a bad elbow, a happily balanced collection of parts all working modestly, silently, efficiently toward a common good. Kidneys, liver, knees, elbows — what a great team we were. I put my hands in my pockets without wincing, typed without thinking, sat at work judiciously evaluating everyone else’s distress. Cont 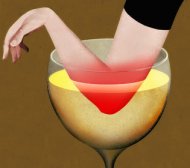 There was absolutely no way around it. She was dying. I gave her a few hours at best, with maximum pedal to the metal intensive medical care. Paramedics had picked up this homeless woman after she collapsed under a bridge in Oakland, Calif. Her heart had completely stopped. She had died under that bridge. But the paramedics had somehow pulled her back, with a jump-start to her heart. And then brought her right to my service in the intensive care unit.

Perception is key to resilience: Do you conceptualize an event as traumatic, or as a chance to learn and grow?

Norman Garmezy, a developmental psychologist, and clinician at the University of Minnesota met thousands of children in his four decades of research. But one boy, in particular, stuck with him.

Jimmy was the third of my parents’ four children, born severely disabled with Down syndrome. “Send him away and put him out of your mind,” they were told.

Republished in the honor of Jane McLaughlin who has been courageously raising banished brothers.

I let out a huge sigh as I picked up the next chart in clinic. “Chief complaint: Behavioral concerns” was typed out on the top of a thick packet of papers. My young patient was sitting on the exam table comfortably. His parents sat stoically with furrowed brows in the chairs next to him. They were nervous, rigid, clearly concerned.“What’s been going on?” I asked. Apparently he had been acting out at his elementary school. I sifted through the papers, chock full of documentation from teachers, detailing his behavior. He was on the verge of expulsion. His parents expressed understandable frustration to me given his remarkably normal behavior at home.

I gathered my history per usual, directing my questions toward him as he swung his legs back and forth on the exam table. I did not seem to be getting anywhere when I happened to ask, “Is anyone at school making fun of you?”

In an age in which terrorism, natural disasters, illnesses, shootings, and wide-scale industrial errors and accidents are occurring with increasing frequency, there is a tremendous need to develop ways to cope with the aftershocks. Post-traumatic illnesses are on the rise, and we need to find new ways to curtail and prevent their rise. Building resilience has become an important topic. In this story, I tried to illustrate the ways our family dealt with a personal tragedy.  Cont

Q. WHY IS IT NECESSARY TO TAKE ALL

THE ANTIBIOTICS THAT THE DOCTOR

PRESCRIBES, RATHER THAN STOP WHEN THE SYMPTOMS ARE GONE?

A. There are several reasons, said Dr. Carla Boutin-Foster, an associate professor of medicine at Weill Cornell Medical College in New York, but a big one is to prevent antibiotic resistance.

When bacteria become resistant to an antibiotic, they are able to survive and multiply. The altered bacteria may cause serious infections that can spread rapidly to others, Dr. Boutin-Foster said, so new, potent antibiotics must be sought. Failure may mean severe illness and even death. Cont 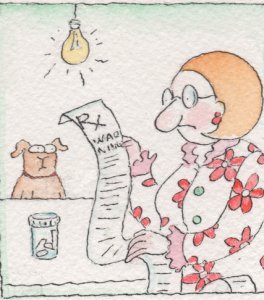